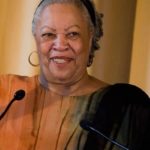 Some Interesting Facts about Toni Morrison Toni Morrison is a Nobel Prize winning author, editor and professor of America. Toni Morrison is the second of four children of George Wofford. Morrison’s father was a welder by trade. Morrison became an English Instructor and Teacher at Taxas Southern University in Houston and then Howard. She ..